DAICO Contract (Ethereum) from a regulatory perspective under Swiss law 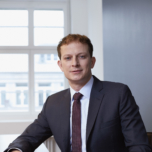 Vitalik Buterin recently shared a post titled “Explanation of DAICOs” on an Ethereum Research forum. Through the post, he suggested uniting characteristics of ICOs and DAOs to come up with what he terms “DAICO.”

Decentralized autonomous initial coin offerings should run like a normal ICO in the first step: Money is raised. However, when this is complete, Vitalik suggests implementing a Smart Contract where the collected funds are distributed to the project in a controlled manner. Within the DAICO Contract an amount of Wei (the smallest unit of Ether) is defined in the code, which is released per second for the project team whereby the investors of the ICO keep limited control over the project using a modify function: They can change the emission rate of the funds in a voting procedure and thus control the cash flow to the project.

Contrary to standard ICOs where the collected funds are transferred to a project wallet where they are fully to the disposal of the project team, the DAICO Contract implements a system that keeps the funds under a certain control of the token holders.

Furthermore, should the project develop to the dissatisfaction of the investors, the DAICO Contract provides a withdraw function that allows to the token holders to vote on the withdrawal of the remaining funds and to thereby get in the position to get back their investment or at least part of it.

In summary the DAICO Contract provides a mechanism by which the token holders can vote on two types of resolutions:

Classification of payments from investors as public deposits?

From a regulatory perspective the question arises, whether the possibility of the token holders to withdraw the remaining funds majority vote constitutes a claim for repayment on the ICO organizer and qualifies as a public deposit according to the Swiss Banking Act. This would result in a requirement for the ICO organizer to obtain a banking licence.

The determining assessment according to the Banking Act is based on whether the investor has an unconditional repayment obligation for the investment made. This is not the case within the DAICO Contract. The refund mode is only triggered if a majority of the token holders wants to withdraw their investment because they consider it defective. The repayment obligation emerges exclusively under those specific and exceptional conditions. Furthermore, decisive for the qualification as public deposits is the intended purpose of a contract, i.e. whether the respective contractual claim primarily aims to provide a claim for repayment of the investment. This is not the case within the DAICO Contract. The possibility of the token holders to vote on the withdrawal of the remaining funds and to thereby get in the position to get back their investment does not represent any individual claim for repayment against the ICO organizer. It is rather comparable with a buyer’s right to rescind a sale contract due to breach of warranty of quality and fitness.

Classification of tokens as securities?

Another question that arises in connection with the DAICO Contract is whether the possibility of the token holders to vote on the raise of the amount that the development team can take out of the contract or on the withdrawal of the remaining funds could qualify the newly issued tokens as (uncertificated) securities in the sense of the Financial Market Infrastructure Act (FMIA). Tokens constitute securities within the meaning of the FMIA if they represent an uncertificated security and the tokens are standardized and suitable for mass standardized trading. As a result of a qualification as securities, the regulatory framework of the Stock Exchanges and Securities Trading Act must be complied with and could constitute the obligation to obtain a licence from the Swiss Financial Market Supervisory Authority (FINMA).

Uncertificated securities are defined as creditor- or membership rights which, based on a common legal basis (articles of association/issuance conditions), are issued or established in large numbers and are generically identical. Under the Code of Obligations (CO), the only formal requirement is to keep a book in which details of the number and denomination of the uncertificated securities issued and of the creditors are recorded (Art. 973c para. 3 CO). According to the FINMA this can be accomplished digitally on a blockchain.

To qualify as an uncertificated security, the right represented in the token must be of financial nature and aim to fulfill an investment purpose. The right to vote on the raise of the amount that the development team can take out of the contract or on the withdrawal of the remaining funds aims to provide a control mechanism to the token holders. Those rights do not represent creditor- or membership rights of a financial nature and, therefore, lack any investment purpose.